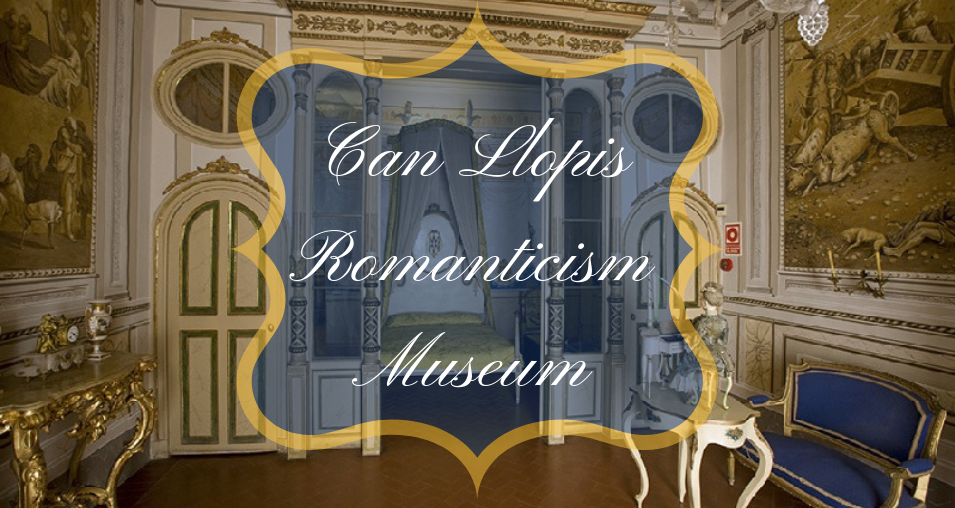 The Romantic Museum Can Llopis

The Museu Romàntic is located in the former Casa Llopis, built in 1793 outside the walls of the medieval town and is less than 40 km from Barcelona. For many years it was one of the most impressive stately homes in Sitges‘s new district. It was the home of several generations of the Llopis family, local people of seafaring origin who had climbed the social ladder thanks to the accumulation of land and the trade in wines and liquors. Casa Llopis reached its greatest splendor during the second third of the nineteenth century, when the owner of the house was Bernardí Llopis i Pujol (1814-1891), one of the most influential and popular figures in nineteenth-century Sitges. At that time, the local post office was located on the ground floor of the mansion, as we can see from the letterbox in the form of a lion with its mouth open next to the front door. In 1935, the last heir of the family, the diplomat Manuel Llopis de Casades(1885-1935), bequeathed the family home to the Generalitat de Catalunya (Catalan Government) for conversion as a museum. The process was interrupted by the Civil War, until in 1943 the executors offered the bequest to the Barcelona Provincial Corporation. After a series of repairs, the rooms on the main floor were opened to the public in 1949, followed later by the ground-floor rooms, the garden, the cellars and the library. 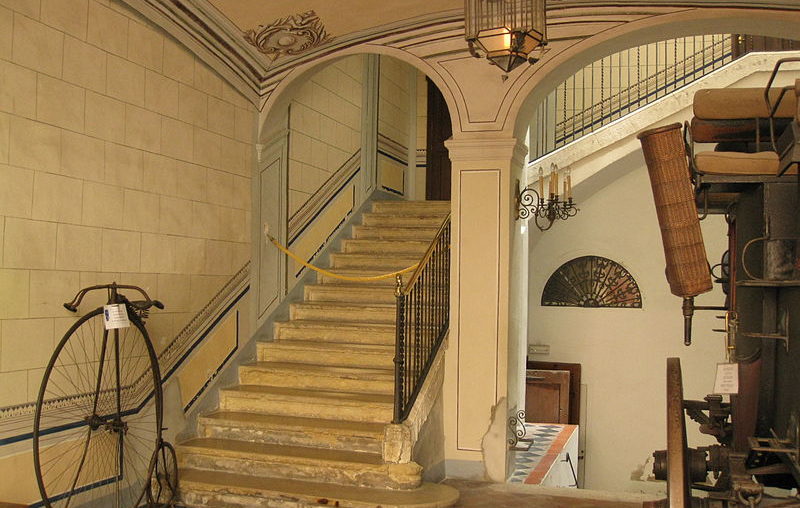 The sobriety of the decoration on the outside of the building contrasts with its colorful interior, which takes the visitors back in time to plunge into the everyday atmosphere of a well-to-do nineteenth-century family. In the different rooms on the main floor (the music room, the ballroom, the dining room, the bedrooms) are a succession of item of furniture of different styles, mural paintings, Saxony porcelain, Murano and Bohemian glass, musical instruments, clocks and numerous objectss for personal use. In addiction, one can follow the development of the different lighting systems that existed in the nineteenth century, from oil lamps to the advent of gas lighting. The first-floor gallery and the garden are the most attractive and evocative parts of the house. In the gallery can be seen two walls decorated with children’s scenes and, on the paving, a “Bis Bis” from the Napoleon era, a game consisting of forty-nine polychrome tiles, with which the Llopis family and their guests amused themselves.
The cellar, were the Llopis family made their famous Malvasia, also deserves special attention. Today the Hospital de Sant Joan Baptista is the owner of the brand and the vineyards bequeathed by the last heir of Casa Llopis, on condition that the institution should preserve the cultivation and the quality of Sitges Malvasia.

The second floor of the Museum Romàntic, which used to be the staff quarters, has since the 1970s housed the curious collection of dolls and toys belonging to the writer and illustrator Lola Anglada (Barcelona,1892-Tiana,1984), who donated it for housing in Casa Llopis. The collection containts more than 400 items from the seventeenth century and the rest from the eighteenth and nineteenth centuries. They are made from wood and papier-mâché, porcelain and there are also some clockwork dolls endowed with music and movement. Lola Anglada’s collection isn’t a result of the wish to find unique specimens, but of a sentimental urge to recover in the poses and clothes of these dolls the lost ways of life of nineteenth-century society.

If we have aroused your interest and wish to visit it, have a look at the site: Museum Romantic Can Llopis

P.S. Currently the museum is closed for remodeling works!

From Barcelona to Sitges

Now if you happen to be in Barcelona and want to enjoy the city and the museum, we would very much recommend you to check out Sitges, below you can find different ways to get there. To fully enjoy the trip stay for the week in one of the great apartments in Sitges.

Then, if you are looking for an apartment in Barcelona, check out our SPECIAL DEALS ON APARTMENTS all over the city with Barcelona Home!

Previous: Excursion in the inland of the Costa Dorada
Next: Enjoy the Vesping experience in Barcelona!!

Top 5 things to do in Barcelona during autumn