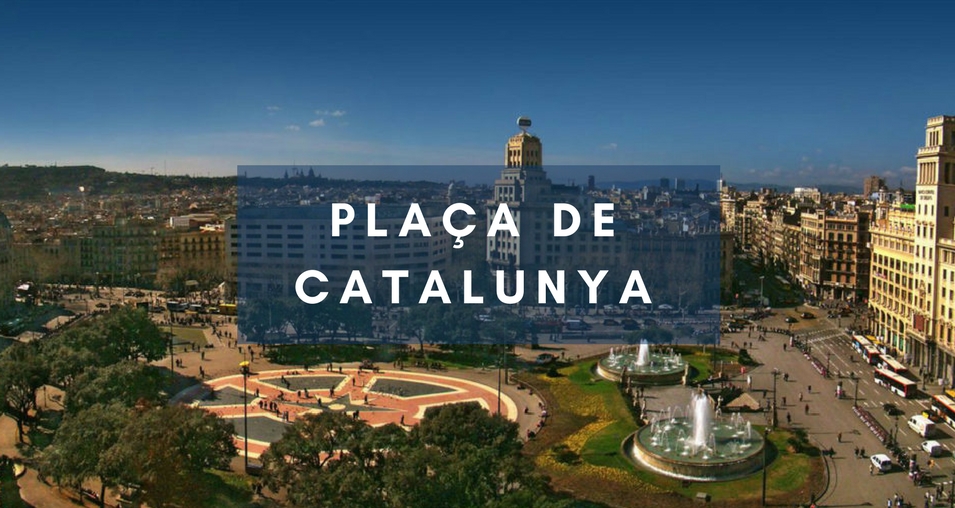 Plaza Catalunya is a square in the centre of Barcelona. This place is generally considered to be both its city centre and the place where the old city and the 19th century-built Eixample meet. Designed by Ildefons Cerdà in 1859 to be the heart of the city. Plaza Catalunya Barcelona has a little bit of everything: Modernist cafes and monuments, striking fountains, shops and bars. Plaza Catalunya, a large plaza surrounded by monumental buildings, is Barcelona’s busiest square. It located between Ciutat Vella and the nineteenth century Eixample district.

Some of the city’s most important streets and avenues meet at Plaza Catalunya; it’s also the intersection between Las Ramblas, Portal del Àngel, Ronda de Sant Pere and Passeig de Gracia and links the Barri Gotic with the Eixample district. The plaza occupies an area of about 50,000 square meters. It is especially well-known for its fountains and statues, its proximity to some of Barcelona’s most popular attractions; and for the flocks of pigeons that gather in the center.

Two of Barcelona’s most famous streets, La Rambla and the Passeig de Gràcia start at the Plaza Catalunya. Even though the square is enormous in size; it is constantly crowded with people walking to and from one of the nine streets emanating from the square.

Until the middle of the nineteenth century, the Plaza Catalunya was a rural area just outside the city walls. In 1858 the central government in Madrid finally allowed the defensive walls to be demolished. It also approved construction outside the walls so a public competition was organized for the design of a new district.

The plaza is designed with park benches, pretty fountains, reflecting pools, and various neoclassical monuments and pieces of sculpture. Of particular note is the ivory coloured, La Deessa, or the goddess statue by Josep Clarà, which depicts a nude woman bathing. This exquisite sculpture sits on the edge of a peaceful reflecting pool, attracting many visitors. Other sculptures by artists such as Josep Llimona and Pablo Gargallo adorn the square. The newest addition is a modern concrete monument dedicated to Francesc Macià, the former Catalan president designed by Josep Subirachs, the current Sagrada Familia architect. This futuristic monument was added in 1991. 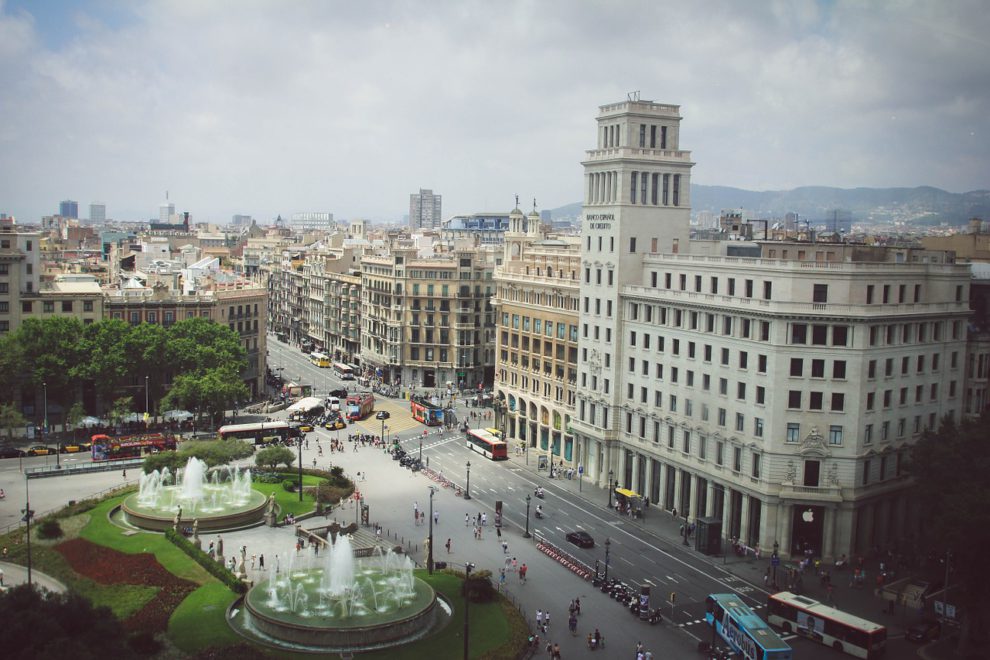 On these streets, you will find numerous different outlets ranging from designer boutiques, to high street brands. However, perhaps the most famous of all located on the square itself: el Corte Inglés. This enormous department store, spread over 3 nearby locations offers nine floors of all manner of Spanish made consumer goods. You will find everything from a supermarket packed with gourmet produce, to clothes, home furnishings, and electronics.

There is also a café on the top floor overlooking the plaza below. After a bit of retail therapy, take some refreshment at the café for a wonderful view of the heart of Barcelona. Additional cafes lining the plaza include a Hard Rock Café and the very popular Café Zurich in a newly renovated building. The Café Zurich is crowded day and night by patrons enjoying a pastry or a glass of wine, and watching the mass of humanity pass by the Plaza.

The Plaza Catalunya functions as a hub for the city’s public transportation. Below the square are the main subway junction; three metro lines and a city railway line meet here. Many of the city’s buses, as well as airport express and tourist buses stop here at the square. Space is as an interface between the Eixample district; and the city and has at least approximately 50,000 m² being as large as St. Peter’s Square in Rome.

#Staying near the Plaza

When planning your trip to Barcelona; staying near or around the Plaza Catalunya area is what would be considered to be desirable by many visitors. This is because of its location, being central to everything, activities, sites and other various destinations in Barcelona become readily accessible. So if you are coming in a group, book your apartment in advance to secure a comfortable stay during your time here. If you are planning to visit Barcelona as couples or in much smaller groups than view available rooms and book now!

Looking for a great accommodation in Barcelona? Look no further, we have what’s right for you!