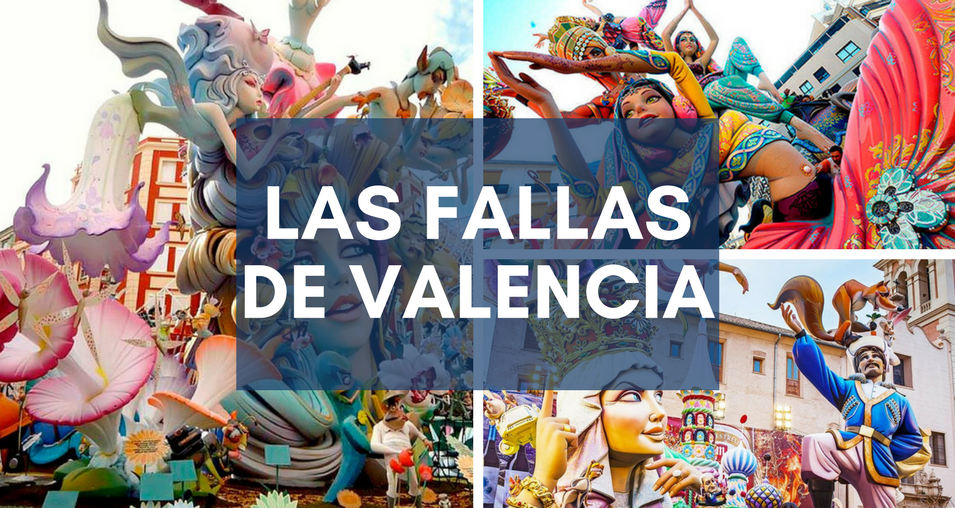 The origins of the Las Fallas celebration in Valencia are older than you may think, as it started during the Middle Ages. Indeed, the story tells the tale of artisans who would burn their accumulated old parts of wood and pieces junk in front of their shops. Right before spring, they would burn all their useless things and as the flames engulfed the different parts, human forms could be distinguished and the shape of the “Niño” came to life. After years of doing the same thing before each spring, the celebration became a lot more public and attracted more and more people, and the pile of woods were placed on a pedestal so they could be seen burning in the distance. The whole purpose of the event is to get rid of the old (representing their past) by burning it, so the future can be born from the ashes of the flames.

Nowadays, the event celebrates the arrival of spring with giant wooden sculptures built specifically for the event, which are burnt at the end of the night, with fireworks and more. The event is known all across Spain and attracts thousands and thousands of people every year.

On the night of the 15th to the 16th, the Falleros (those who build the structures) put the Fallas into place to have them installed and ready by morning.

Every night from the 15th to the 18th of March, fireworks will be set off to light up the skies of Valencia. At midnight, Paseo de la Alamedais is the best place to enjoy the show as you have a fantastic view!

On the morning of the 17th, the falleros go to the Plaza del Ayuntamiento to receive their prizes. Before the ceremony, the jury take a look at each and every statue (more than 750) in order to decide upon the winners.

On the 17th and 18th, head to the Plaza de la Virgin to witness the offering of flowers to the Lady of the Forsake, the Patron Saint of Valencia. Starting at 4pm until nightfall, flowers will be given to the Virgin.

On the 19th of March, all of the sculptures go up in flames. Starting at 10pm, the children’s sculptures start to burn. The large monuments are burnt 2 hours later. The last one to be burn is located at the Plaza del Ayuntamiento (city hall), around 1am. Always preceded by spectacular fireworks, the last sculpture is always really impressive to see in flames.

#How to get there

Getting to Valencia from Barcelona isn’t hard. You have a few options:

Are you looking for great ACCOMMODATION IN BARCELONA? Look no further, we have plenty of options for you!