The National Day of Catalonia, also known as La Diada, is a public holiday in the region of Catalonia. It takes place every year on the 11th of September.

During this day Catalans commemorate the fall of Barcelona in the hands of the Castilian forces. After fourteen months of siege during the War of the Spanish Succession, Barcelona fell on September 11, 1714. This victory led to the abolition of Catalan institutions after the promulgation of the Decrees of Nova Planta, in 1716. The event is considered the first commemoration of the fall of Barcelona. It also commemorates those who died fighting Philip of Bourbon, martyrs of the defense of Catalan liberties.

The Parliament of Catalonia declared the day Catalan National Day in its first law after its re-establishment, in 1980. Nowadays the 11th of September is dedicated to celebrating Catalan independence and autonomy. During this day waves of pride and emotion swept the Catalan region. A strong sentiment that is beautiful to experience.

Throughout the day many events take place. A spirit of protest and celebration combined animates concerts and information stalls. Many citizens hang a flag or a star on their balcony. They also sing the very beautiful anthem of Catalonia, Els Segadors. And you can also attend readings of Catalan poems, music and traditional Catalan dance performances.

Since 2004, the main event of La Diada has been an institutional event held by the Generalitat de Catalunya. It takes place in the Parc de la Ciutadella near to Arc de Triumf. Each year, the event features guest artists who join the celebration with their music.

This year, La Diada 2020 will look different. In order to avoid crowds and prevent the spread of corona virus, the September 11 demonstration organized by the ANC and Òmnium Cultural will combine a physical and a virtual mobilization.

The organizations involved will hold a decentralized protest, with demonstrations in front of State buildings. Thus, in Barcelona, there will be a central event in front of the Agencia Tributaria in Plaça Letamendi. Meanwhile, protests will be called in front of other strategic points of the State administration in different municipalities.

The carrying out of the protests will depend on the situation of corona virus infections in Catalonia and the health safety norms adopted for those days. This year authorities did not provide collective transport and recommend to avoid travelling form afar. 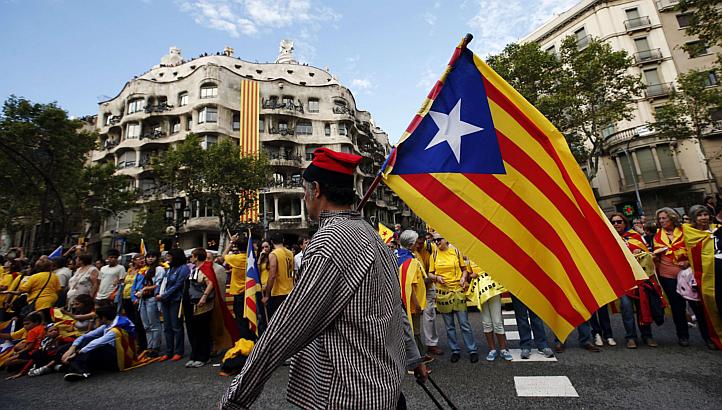 The ANC and Òmnium also work with a virtual mobilization to reduce the concentration of people. Their mobilization will include also a solidarity format. In fact, they will use xarxaindependencia.cat, a platform to raise money to face the social and economic emergency of the country. The initiative consists of buying a QR code that will give access to various links. There will be five blocks that will correspond to five different areas, such as health or culture. It will also allow people to decide where their donation will go.

Remember that as it is a public holiday you will find most shops closed. However, many cafes and restaurants remain open during this day.

If you are looking for the ideal accommodation for your stay in Barcelona, visit Barcelona Home.

2020-08-21
+Barcelona-Home
Previous: Rent a Cheap Room in Barcelona
Next: Crowd Free Attractions to Visit in Barcelona During Covid-19