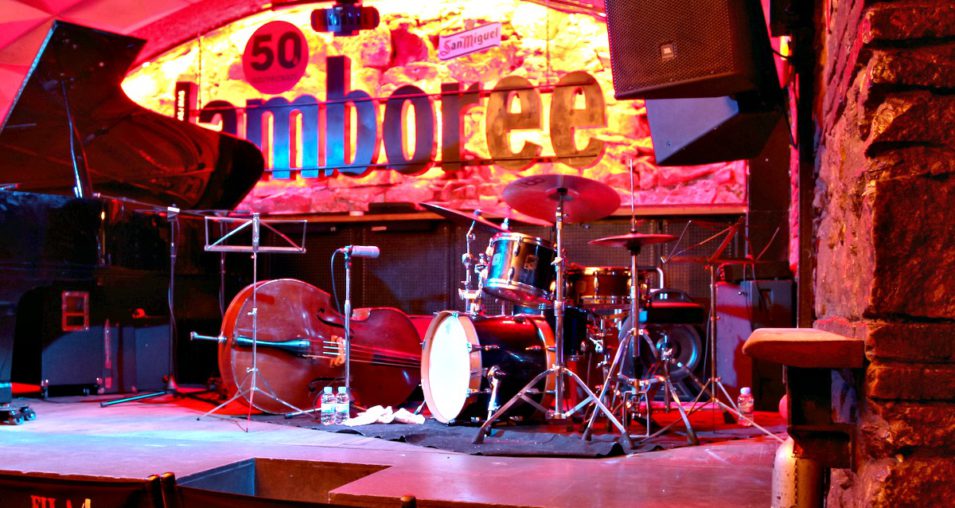 This fabulous club located directly at Plaza Reial next to Las Ramblas is the place not only to experience unforgettable party-night but also live Jazz in the evening. The club founded by the 60s, reminds its interior a cellar with brick wall and low ceiling, what creates a very cozy and familiar feeling while you are enjoying the sound of the biggest acts in Jazz.

For over 50 years of its existence, the club hosted thousand of musicians from up-coming young stars to most famous names in the Jazz scene.  Among others, the artists like Chet Baker, Ella Fitzgerald, Lionel Hampton, Jerry Bergonzi, Mina Agossi and many more great international and Spanish singers were playing here, so it’s a normal consequence Jamboree has such a great character. Jamboree has been given many prizes for its promotion of high-quality music as well as for having the best Jazz programming by the Association of Jazz Music of Catalunya and the SGAE (General Society for Authors and Editors). Also, the council of Barcelona appreciates the amazing work in art and society Jamboree performed through decades of its work and awarded it with a city council´s Gold Medal.

Jamboree club is undoubtedly considered as the best jazz club in Barcelona, the never-sleeping place, where the relaxing sound of music joins the charming cozy atmosphere of the interior. And the best, jazz performances are set two times a day, 7 days a week, 365 days a year! Two set a day, at 8:00 pm and 10:00 pm offers great concerts from a wide variety of artists around the whole world. Except the concerts offers Jamboree also online radio with the selection of the songs and artists, that pass through the club during the current month. So if you can´t wait until the evening´s performances, visit its website and enjoy jazz also during the day!

Over the 50 years of its existence, more than thousand of jazz performances were set and over millions of tickets were sold. Plenty of reviews and publications prove the exceptionality of the club, that nobody could miss it the beautiful Barcelona. There are also plenty of events set for the rest of this months and for the next months, prices vary from 5 to 30 €, depends on the artist.

Come and join for a night out in Jamboree

You will not be hearing only Jazz, however, as after the live performances, this venue turns into a club. Downstairs you can dance away to Hip Hop, R&B and popular Funk, while upstairs there are Spanish and Latin beats. Also, do not miss legendary “BCN or Die” party every Thursday, where R&B, Hip Hop, Indie Dance, and Electronic Rock ensure the best party-night during your stay in Barcelona! 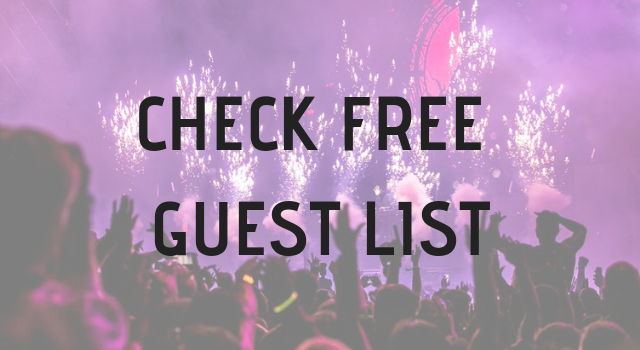 Jamboree is opened for you from Monday to Sunday, from midnight to 5 in the morning – 6 in the morning on Fridays, Saturdays and the days before public holidays – and it has a diverse clientele, made of people from the city as well as visitors from all over Europe aged between 20 and 35 in the Jamboree and up to 45 in the Tarantos. You can find the club in the center of Barcelona – at Plaça Reial – and a short distance from the Rambla and the Liceu metro station. They also offer various promotions and free admissions, so the visit to the club also does not ruin your budget. Previous: The Shopping Night Barcelona
Next: Pans and Company in Barcelona