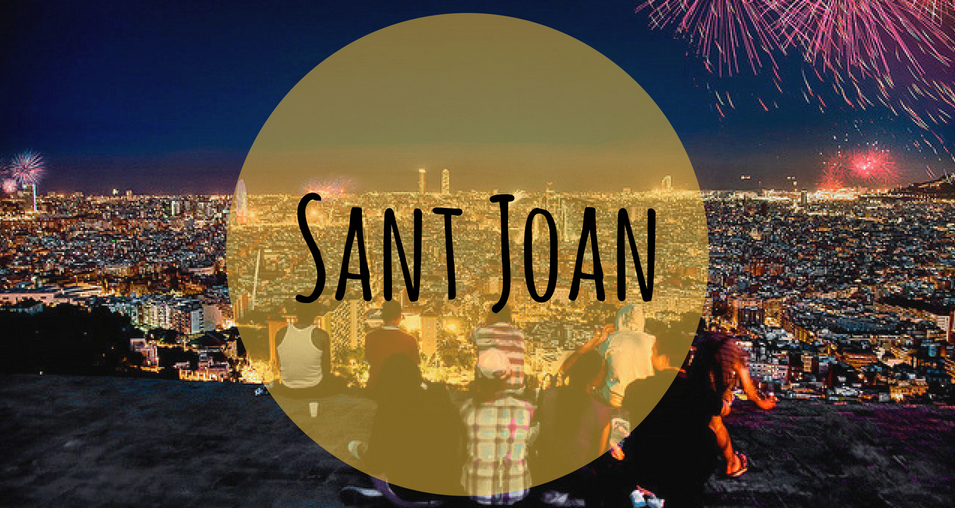 As it does each year, the Festival of Sant Joan falls on the 23rd of June. On this particular date of the year, we celebrate the shortest night of the year, the Summer Solstice! The following day is a public holiday in Catalunya which means everyone can rest from the previous crazy night. All around Barcelona you will hear the constant crackling of fireworks shot up from seemingly every rooftop of the city. If you happen to be in Barcelona on this day, you will definitely not miss it!

The Festival Sant Joan celebrates the first day of summer (known as the Summer Solstice in England) and also the 24th of June, which is the longest day of the year. This day also coincides with the birthday of Sant Jean-Baptiste, which is one of the most symbolic and significant nights in the Catholic calendar. 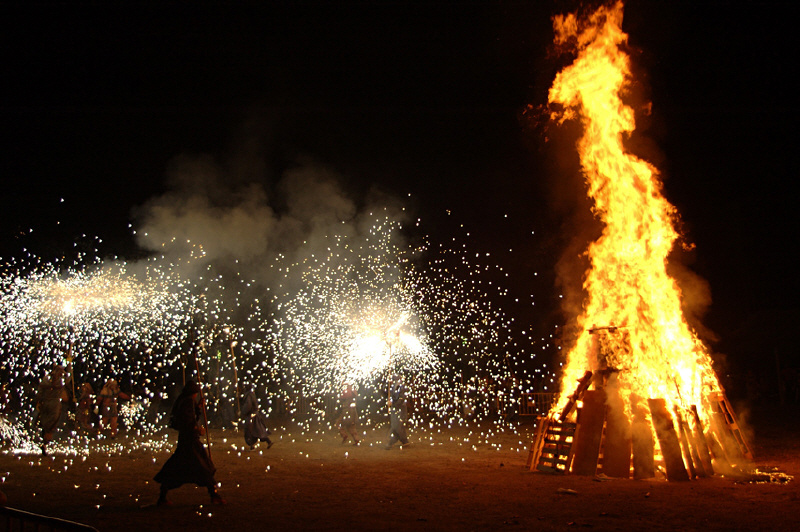 Rituals involve purifying fire, midnight baths, songs, dances and other magical rituals and cures. The celebration also calls for a feast, as the sun reaches its highest point and then slowly begins to descend. The three most recognized symbols of the Festival of Sant Joan are: fire, which symbolizes the purity of the sun and the reason for the sun staying lit; water, which symbolizes healing, and explains why you will find many religious people bathing in the sea on this day; and herbs, which symbolize remedy.

Activities on the Festival of Sant Joan

The locals of Barcelona usually watch the fireworks from their balconies or rooftop terraces with all of their friends and families. Afterwards, everyone heads to where all the festivities happen; the beach. So pack a blanket and some cava and go to the beach to watch the fireworks! There are usually no major official firework displays on Sant Joan, however, there will be a small display from the roof of the town hall on Plaça de Sant Jaume around 7.30pm to welcome the “flame of Canigò” (flame, which comes from the peak of the Canigó mountain in the Pyrenees) to the city. The municipality will also be giving away rosemary plants for the participants!

Many visitors like to join the locals to spend Sant Joan celebrations on one of the Barcelona beaches. But if you´re planning to experience the fireworks from Barceloneta, make sure to get there early. The beach begins to fill up in the early evening with groups who bring picnic baskets and bottles of Cava to watch the fireworks and dance around the bonfires!  You can stroll around the city center if the beaches get too crowded.

Keep an eye open since there are displays in different plaças of Barcelona. For instance, at Ciutat Vella, the arrival of the Camigó Flame takes place and lighting of the bonfire in Plaça del Poeta Boscà. Followed by a night of fire with a Devils show in Plaça de la Barceloneta. In the district of Eixample, you can find the arrival of the Canigó Flame, a revetlla party, and a bonfire in Sant Antoni. To find more information on the different displays, you can read the official planning here. 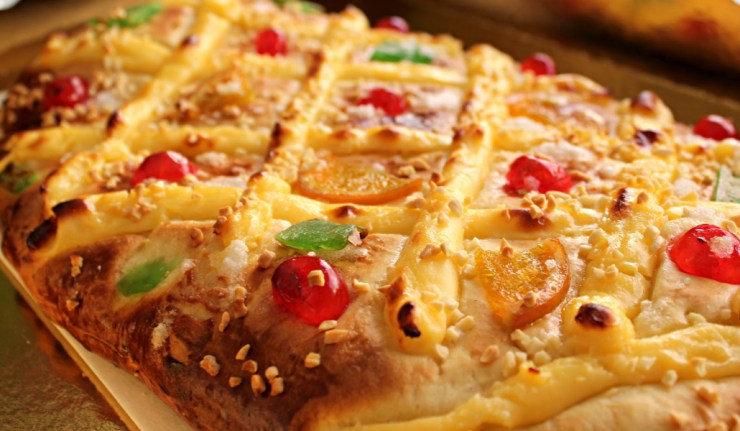 The Festival also has its signature dessert dish called Coca. On the 23rd and maybe a few days before/after, you will see these cakes in every bakery of the city. You will find various types of Coca, both sweet and savory. The Sant Joan Coca is a bit thicker and fluffier, topped with candied fruit and nuts or cream, yummy!

If you prefer to avoid the craziness of the beach but you still want to see the fireworks, you can also go to the hills of Montjuïc and watch the city from above. At the Montjuïc castle, you can organize a nice picnic with friends while watching the firework displays all over the city.