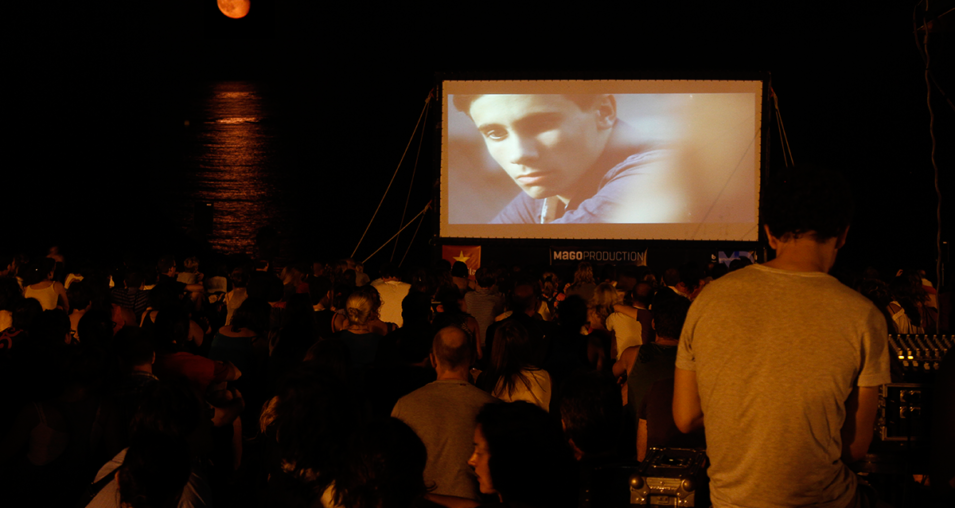 Where? Next to Barceloneta just in front of the Club Natació Atlètic-Barceloneta
Metro: L4-Barceloneta
Bus: H16, V21, 39
Bicing: 31, 32

What is this? It is a third edition of a free film festival called Cinema Llure a la Platja, where everyone is welcome. There will be showed some of the best films at the San Sebastian’s beach in Barcelona and they will all be presented in their original language with Spanish and English subtitles. “Cinema Llure a La Platja” is not only a film on a beach, but it is also a ritual, a meeting place and a debate. There you will find a perfect environment to enjoy an outside cinema with your family or friends.

What kind of films they are showing? The films which must be seen! Actually there are two criterion: the films have to be indie and also must belong belong to a Catalan film festival.

How to win DVDs with cinemas best? Share your picture with hashtag: #cinemalliure2014 till the 26th of August.
Movies which are coming soon:
-3rd of August Diumenge: TOT VOLEM EL MILLOR PER ELLA, Mar Coll. 2013, Spain.

Drama about a middle-age woman who recovers from a serious car accident. The women just want to get back her confidence and feel free again after an accident, but she does not understand that freedom also has its own consequences.

This drama/ comedy movie illustrates that it is never too late to pursue a dream. A story that follows a New York woman (who doesn’t really have an apartment), trainees for a dance company (though she’s not really a dancer), and throws herself headlong into her dreams, even as their possibility dwindles.

Documentary about Paul Fuster -American singer-songwriter with Catalan parents. One day he decided to start a 60 day journey through the villages of Catalonia on his homemade bicycle.

Adult animation, factually incorrect biography of Graham Arthur Chapman, one of the founding member of the comedy group Monty Python. This self-portrait by Chapman will lift your spirits to the sky using a wide diversity of animation styles and techniques, committed to being provocative.

Documentary/ biography movie about a young Spanish director burned out by his job on TV, who went to India in search of his first feature film only to discover that the real search was not for him in India but back home. However, upon return in Madrid, everything went the opposite as he expected…

-21th of August Dijous: 4 MESOS, 3 SETMANES I 2 DIES, Cristian Mongiu. 2007, Romania.
Drama about a woman who assists her friend in arranging an illegal abortion in 1980s Romania.

It is the competition which is held every year in order to choose the film that will be screened in the last session. Voting ends on July 17 and many participants will win Filmin codes. Come enjoy the best cinema on the Barcelona beach!