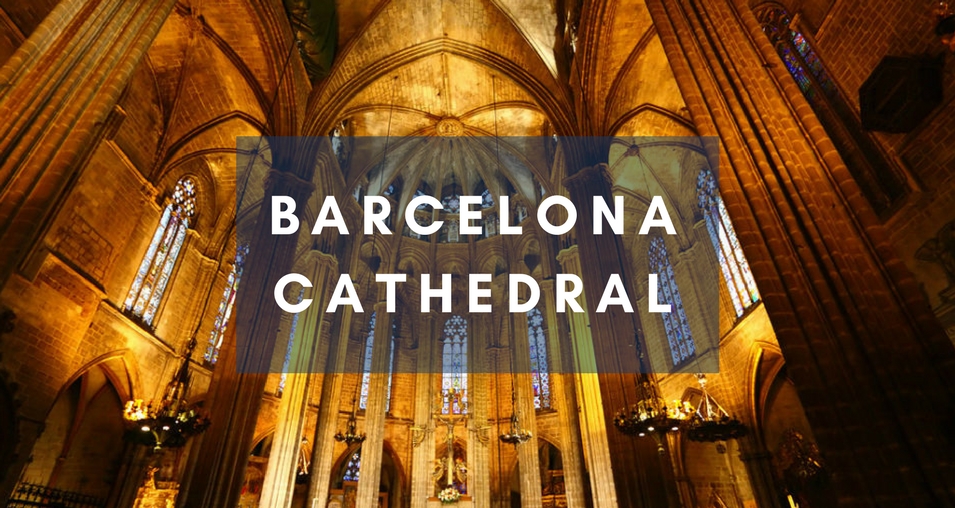 The Barcelona Cathedral (La Seu) is well-known to be one of the most beautiful Gothic buildings and seat of the archbishops of Barcelona.  It stands in the Pla de la Seu nearby the center of Barri Gotic which is a direct border to the famous Rambla. The open space within the cathedral is often used for parties and events.

Saturdays at 18.30 and Sundays at 12.00 Sardana is danced here, the traditional circle dance of the Catalans. It is worthwhile to have a look at the church at night, when the facade is atmospherically illuminated. Inside the building you will find a beautiful building and a magnificent cloister. If you’re in Barcelona on holiday and are staying close by do not miss this amazing opportunity in viewing this worldwide famous historical cathedral.

#The cloister of the Barcelona Cathedral

This is devoted to Santa Eulàlia martyr, the patron saint of Barcelona who was tortured to death in the late roman periods. Her body lies buried under the high alter. Be sure to look at the cloister with fountains, gardens, small chapel’s even geese screeching about. The geese represent an significant task as they warned against intruders and thieves.

From here you can reach the small museum which is open from 10.00 till 13.00 and from 17:00 till 19:00. Here you will find two very valuable items representing Santa Eulailia which you can further explore.

It is a hall church vaulted over five aisles. Besides, the outer two divided into chapels. The transept is truncated. The east end is a chevet of nine radiating chapels connected by an ambulatory. The high altar is raised, allowing a clear view into the crypt.

A Paleo-Christian basilica was constructed on the site in the 4th century; its baptistery can be seen in the subterranean part of the nearby museum of the city. Allegedly this chapel was dedicated to Saint James. However in the second council of Barcelona on 599 it states that the cathedral was dedicated to the holy cross. This church was severely damaged in 985 by Almanzor during his attack on Barcelona.

However in 1046, a Roman Berenguer and his wife including a bishop Guislabert, began the construction of the Romenesque cathedral which was built in 1058. This was built over the crypt of the former church.

Barcelona Cathedral was built from the east end towards the west end, with a simple west facade completed in 1417. The cloister was completed in 1448, making the total duration of construction 150 years.

Tip: The interior of the cathedral is particularly impressive in the light of dusk.
Not to be confused with Sagrada Família, which is a large church by Antoni Gaudí, also in Barcelona!