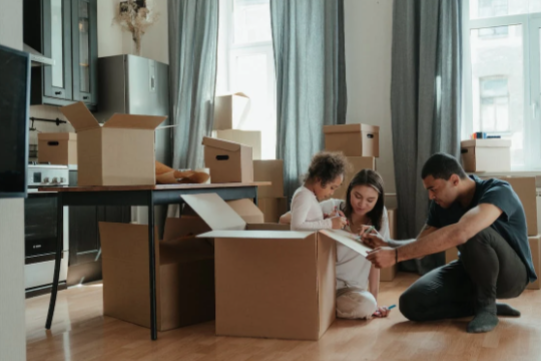 Long-term visitors will discover Valencia as the cities contemporary and
medieval aspects coexist harmoniously, in addition to the typical tourist
trappings. Those who choose to live in Valencia will reap the benefits of
layers upon layers of history, culture, and gastronomy.
At various points in history, Valencia has attracted the attention of the
many people who have established sizeable communities in Valencia — a
key Mediterranean commercial port.
Churches, trading posts, and fortresses that stand in contrast to more
contemporary structures like Norman Foster´s Palau de Congres and the City of Arts and Science are examples of the outstanding architectural
legacy that the varied populations left behind that has been beautifully
preserved in Valencia.
And if you are someone who is settling into this beautiful destination, read
this article as we outline things to try as a newcomer in Valencia.

Things to Try as a Newcomer in Valencia
● Culture in Valencia
Look out for the vast and beautiful culture of Valencia. Valencia punches
much above its weight culturally for a mid-sized city and will exceed your
expectations.
Numerous museums and galleries can be found in Valencia, the most
notable of which is the Museu de Belles Artes de València, which houses
works by El Greco and Goya.
Other attractions include Bioparc Valencia´s enormous zoo, a 6.5 km long
garden park along the Turia river, and the Palau de Les Arts Reina Sofa
concert hall.
Additionally, Valencia is well-known for the March Fallas festival, the
neighboring Buol Tomatina food fight, and Valencia C.F., a Primera Liga
football team that plays its home games at the Mestalla.
Restaurants in Valencia are another thing you should keep in mind. You
can also look into the best restaurants in Valencia to have more ideas on
where you can dine to get the best experience.
Discovering these amazing architectural structures and exploring the city
itself should be something you should do when you are in Valencia.

● Create A Bank Account In Spain
There are a few things to think about before opening a bank account in
Spain. Suppose you are staying in Valencia for almost more than six
months. In that case, preparing a bank account will be essential for you
since financial security and being able to provide for your expenses are
necessary.

You will undoubtedly need a bank account if you plan to work so that you
can get paid. Hence, you should talk with the local bank in Valencia or
international banks with a presence in the city to create your bank
account, as it will ensure how you pay for your expenses and also the fact
that no company or firm in Valencia may hire you without a proper bank
account.
Finally, if you are a non-citizen of the EU, you should create a bank
account in Spain to avoid fees and commissions.

● Learning Spanish as a Non-Native Speaker
Valencia is a place full of culture and people. But one thing that sets it
completely apart is the fact that you will have to know Spanish to actually
be able to commute and settle properly within the community of Valencia.
Other than that, it might become very difficult for anyone to get the
necessities without being able to speak Spanish. You can use English to
converse with people wherever you travel, but don´t count on them to
speak it fluently, especially if they are elderly.
You will be required to learn Spanish if you wish to integrate and work in
Spain fully. If you are someone who has never learned this language
beforehand, we recommend that you begin a course within your own
country or as soon as you arrive.
This is crucial for non-Latin speakers and those who speak other
languages, such as German, Arabic, or various other languages.
Taking online courses while you stay in Valencia might work, but as
suggested, starting a course before even coming here will give you an
upper hand and will allow you to enjoy the community.

● Housing in Valencia
After learning Spanish, the next thing that might come to your mind is
lodging. We advise you to start your trip by renting a place in Valencia,
whether you are attending an exchange program for students, beginning
your academic career, or even working.
Lodging by renting an apartment is one of the most perfect and most
affordable ways to stay in Valencia.

You may learn about the communities, go about your everyday activities,
and determine which region is best for you by doing extensive research
before your journey to Valencia. As the community is filled with culture
and diversity, coming to stay here is a one-of-a-kind journey itself.
Additionally, by renting an apartment available in many areas in Valencia,
you may encounter similar young professionals and international
students, as many people who are settled in Valencia for long-term career
or study purposes are doing the same thing.
Now that we have discussed the apartment renting question, it might
come to your mind about the rental cost. You are in luck because, as we
already stated, Valencia is among the least expensive major cities in
Spain and Europe.
A decent apartment in the cities center may be rented for under €300,
making it very affordable for students to stay in.

● Purchase Spanish Insurance
While lodging is important, what is more important is that you purchase
Spanish health care insurance for yourself when staying in Valencia. This
is because the Spanish healthcare system is likely the most crucial aspect
of your trip to Spain.
The World Health Organization has ranked the countries public healthcare
system as one of the greatest in the world, and you should be aware that
it is free for residents and citizens. In order to receive free healthcare
services, you must have a Valencia Empadronamiento (residence card).
However, non-EU nationals who are visiting as students, visitors, or
interns with no long-term plans must acquire private health insurance.
So, if you are planning to stay in Valencia for an extended period of time,
having health insurance is something you should pay attention to.

● Networking in Valencia
Your expat experience will become incredibly rich as soon as you meet
people, both locals and other foreigners. Valencia is perceived as a closed
society by some, even though others find the Valencians to be friendly.

Indeed, unless you get struck by Cupids arrow, forming lifelong ties with
Valencians is difficult. The quickest way to integrate is to fall in love with
a Spanish person.
If so, you´d better get used to Abuelas paella being the highlight of the
week every Sunday. Joining a nearby gym or a playing team might help
you communicate with the community in Valencia even more.
The simplest first step toward integration is to network with other
foreigners in Valencia who share your culture. Other immigrants and
expats, especially.
This is because there is a sizable foreign population in Valencia with
whom you might actually be able to relate more and thus create a better
network.

● Winter Season in Valencia
Valencia experiences much colder winters than you might anticipate.
Although they are brief, December, January, and February will be difficult
for you.
Even during the coldest months, nighttime lows never fall below six
degrees Celsius, while daytime highs occasionally reach eighteen degrees.
On the other hand, if it is gloomy and windy outside, you will suffer from
the humidity inside your home and on the streets.
The majority of Valencia´s traditional apartments lack central heating, so
during the coldest months, you must rely on estufas (electric heaters) or
your split air conditioner (hot/cold). However, with this electrical heating
equipment, you will never experience the level of comfort you are
accustomed to at home.
In Valencia, it will be colder in the winter than in your own nation, and
vice versa in the summer. Summer lasts nine months, while winter only
lasts three. All public spaces, bars, shops, restaurants, and the majority
of apartments have air conditioning.
Although some people in Valencia struggle with the summers oppressive
heat, Valencia never becomes extremely hot. Since the temperature
rarely rises above thirty-three degrees from June to August, it will be
easy for you to stay cool.

Conclusion
Valencia is an amazing city and a popular tourist attraction, and settling
here is one of the best decisions anyone can make. However, the
confusion of what to do or what to keep in mind when you land in
Valencia comes.
We hope that by outlining things to try as a newcomer in Valencia, we
could clear up any confusion you had about what you should prioritize and
do when you visit.
Finally, if you are in Valencia, you should seriously consider a road trip to
Costa Brava. There are many exciting things to do in Costa Brava
throughout the year!

2022-11-01
Bibi Oberije
Previous: Honeymoon in Barcelona – Tips to Make It Memorable
Next: Basic Guide to Living in Barcelona as a Foreign Student

Hi!
My name is Bibi and I'm a 21-year-old female from The Netherlands.
I love travelling the world and experiencing different cities and cultures.
I am currently living in Barcelona and working for Barcelona Home. A very exciting time you could say!